To Terri & Carol & the team (as well as all the other puppies),

It is Kenzo, Kelvin & Khloe. We want to thank you for looking after us. We were super stressed when they told us that our first flight was cancelled just before departure, but the team made a plan and picked us up, upon arrival, two days later and took us to the kennels to stay for quarantine at 4am as that flight was delayed as well. Thanks a lot for all the treats and love you gave us while we were looking forward to meet our parents again.

Ok guys, it’s now my turn. I asked for pictures before they even arrived in New Zealand and the day of arrival in their new country I received pictures and not one day passed without sending us pictures and videos. They were so skinny and disorientated when they arrived, but after a bit of sleep and love, you could immediately see the difference. They flew ten days later and arrived in Napier, a bit overweight, but after some walking and running on the beach, they lost the kilograms, but not their smiles and enjoy every moment they can leave the house. 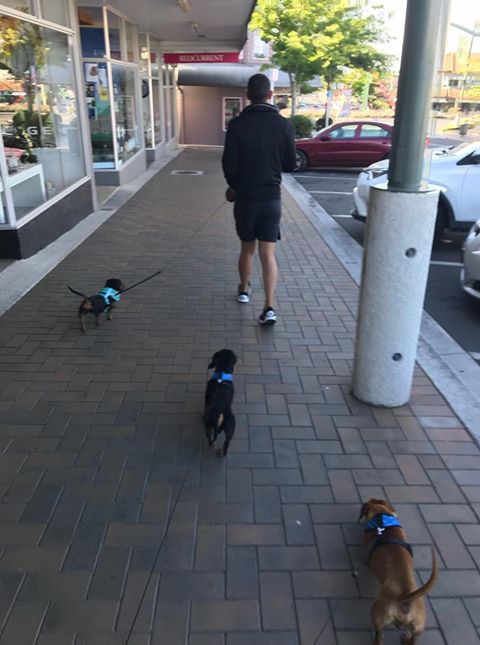 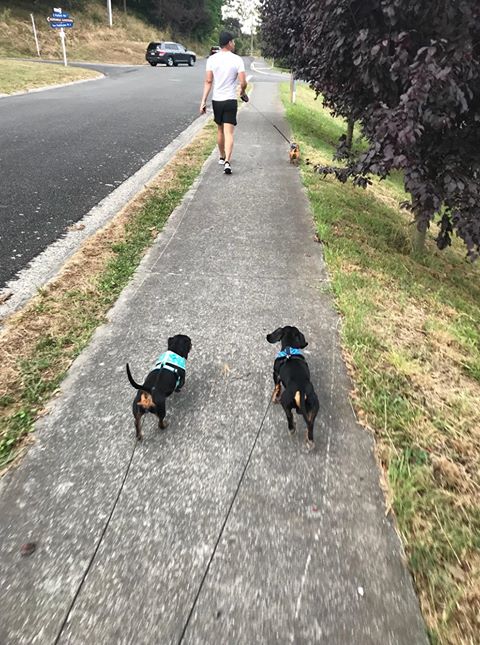 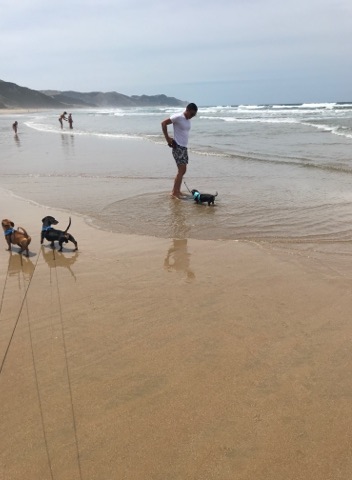 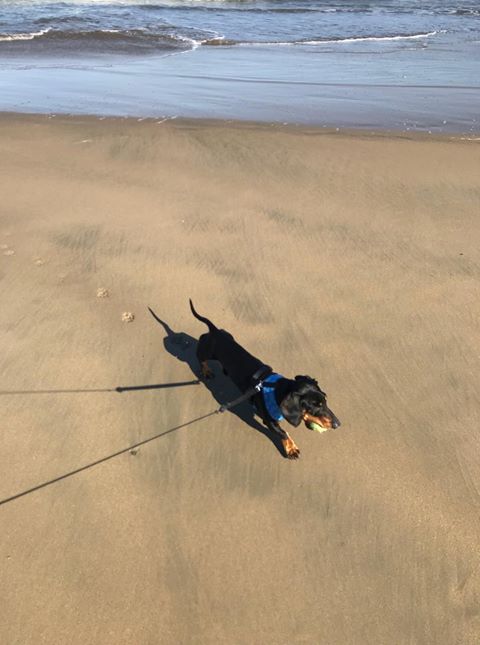 Thank you so much for looking after Jess so well. My brother who collected said it was obvious how well Jess had been cared for. Jess is much loved, and so that was really appreciated.

We will definitely be having Jess stay with you going forward.

Dear Carol, Terri and all the team

Thanks for all your efforts to get Ruby, Koko and Chet to Wellington yesterday.

After a delay of 90 minutes they finally arrived around 7pm and we were all very happy to be reunited.

They are now happily ensconced in Featherston and exploring their new home.

It was great to see them arrive in such good condition.

Thanks for all your work to make this happen.

Thanks so much for the information, and especially to you and your team for looking after our fur babies for us the past week plus. I picked up everyone this afternoon at the airport, and they have all spent the last few hours roaming the house. Both dogs are now curled up on the couch snoozing.

Isabel is a pretty amazing cat. I am relieved and very happy that she weathered the travel so well. It's hard to believe that she is now 23 years old.

Thank you again, and all the best,

We miss you already! Thank you so much for the box of chocs - wow! - we should be giving you the chocs for taking such good care of Alli!

She was so excited yesterday sniffing EVERYthing, running in and out the house exploring. Didn’t stop for 4.5 hrs. She didn’t even bother with her toys until a further 2 hrs later, then she did her gathering trick.

She was very unsettled last night. This morning I took her to the beach as I’d promised in SA, and not only was she delighted to have another car ride, she went nuts sniffing at the beach. She had a wee dig in the sand and a short walk. 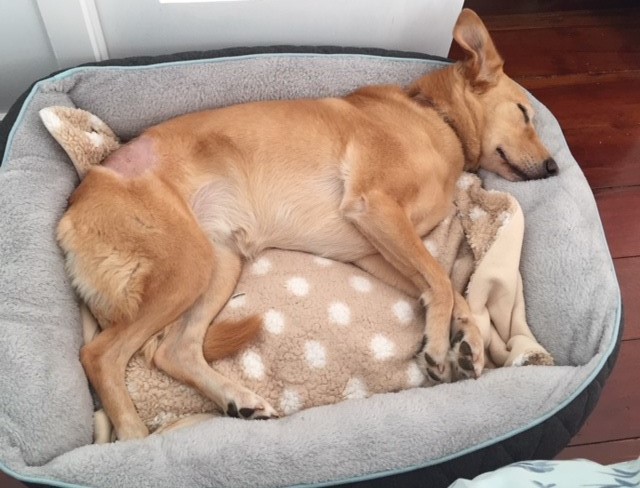 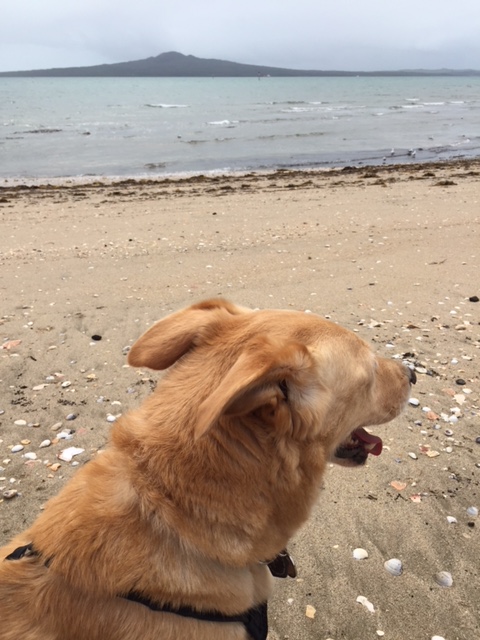 I just wanted to let you know the girls have turned up and are happy and healthy.

Thank you for taking such good care of them when they were with you, and for organising their flight to Wellington - you have no idea how much I appreciate it.

A couple of quick snaps attached to say hi and let you know they're settling in. 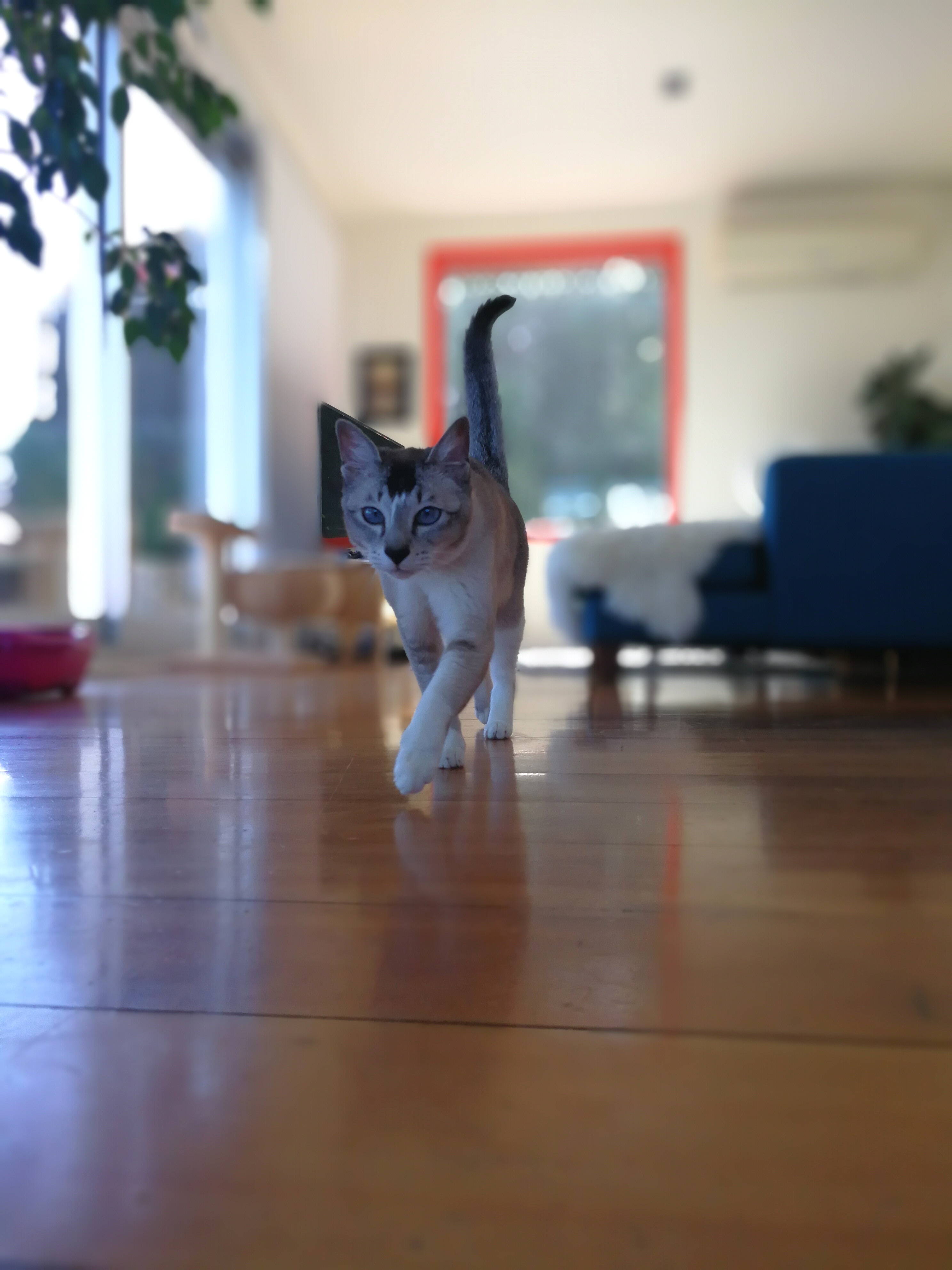 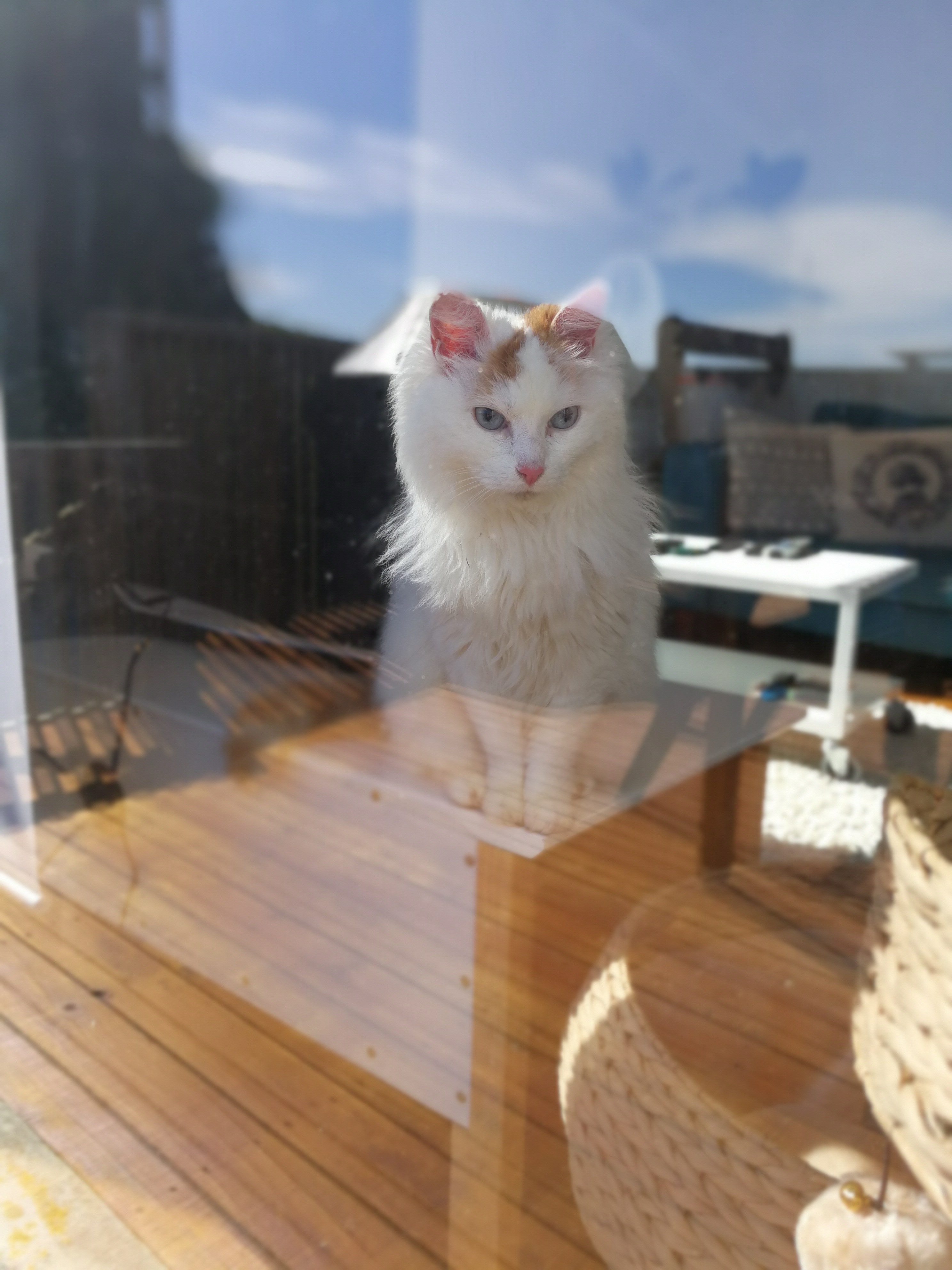 Hi everyone at Qualified Pet Services

Thank you so much for taking such good care of Shelby. She is such a little princess,

I worried about how she would cope with being separated from me and the whole travel procedure. I think I suffered more, judging by how she has taken everything in her stride.

We are now at home in Palmerston North and Shelby is getting used to living in a house with a garden(!!!) instead of a high rise apartment. Gone are her days of going outside only two or three times a day accompanied - now she has to get used to going outside by herself and being able to be outside a lot. She is definitely enjoying the garden.

Thank you all once again for looking after her and loving her and also for keeping me informed along the way.

Many thanks for this :)

We have just finished setting things up for them (new gate, vege garden shut off) - Mama has a very trendy new bed !!!

That's for the excellent job you and your team did - it was the easy part of the whole experience.

All the best and hope to see you all again sometime.

I just wanted to say, once again, thank you for looking after our girls when they came into NZ.

They are happy to be back with us and have settled in fine.

Many thanks,
Joy Spittle 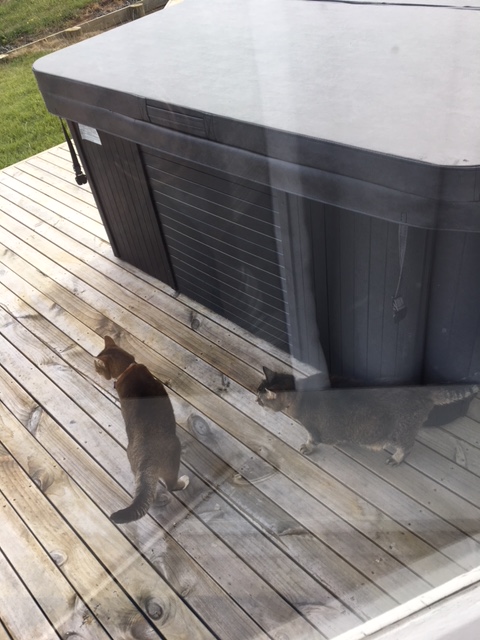 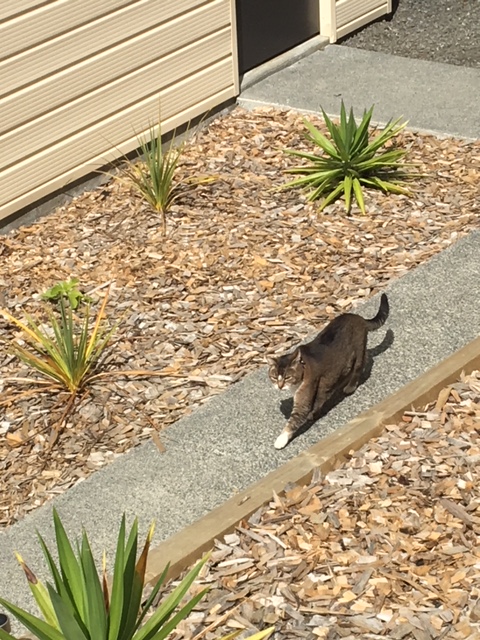 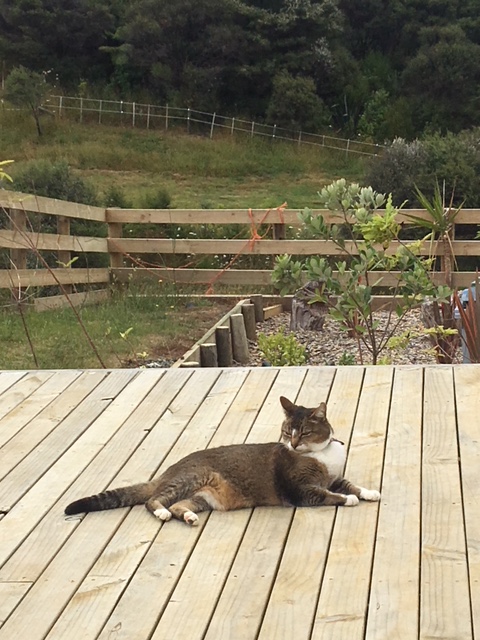 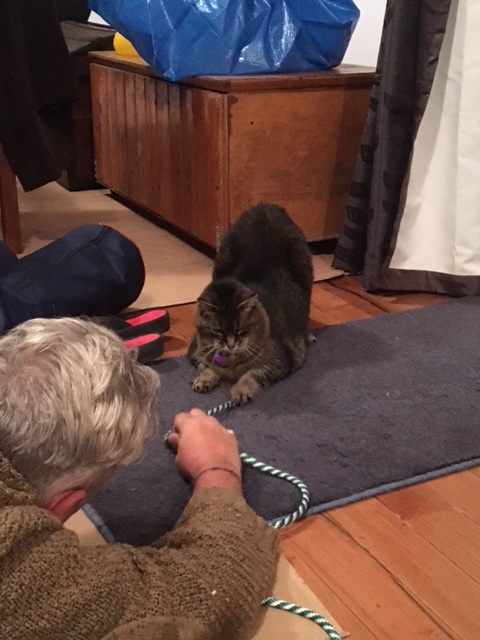 We all got home safely. Thank you so much for everything you have done for us and our furbabies.

Paisley is bolting around the house exploring every inch of her new home and Gilmore didn't even wait 5 minutes to jump in the pool. 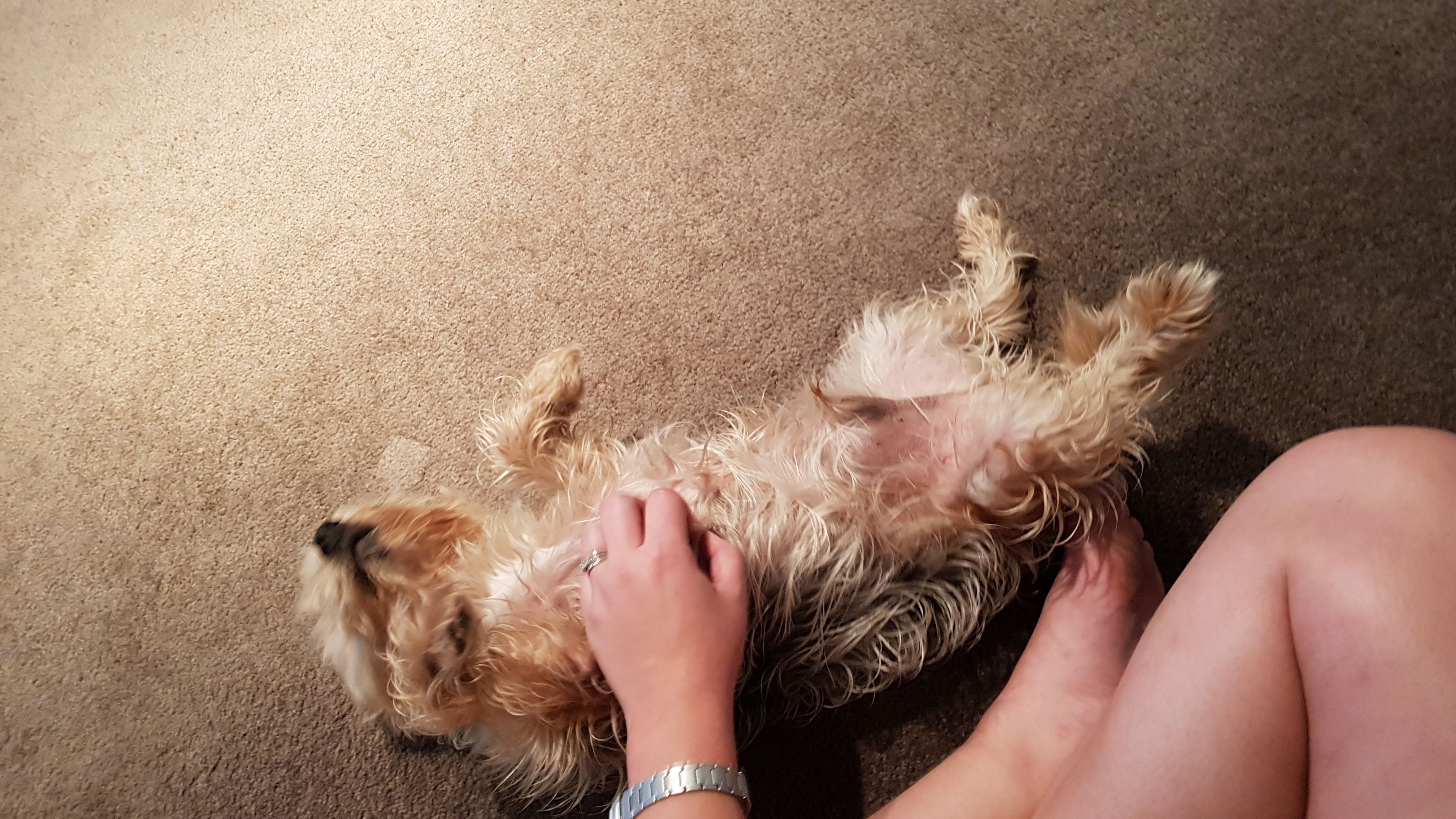 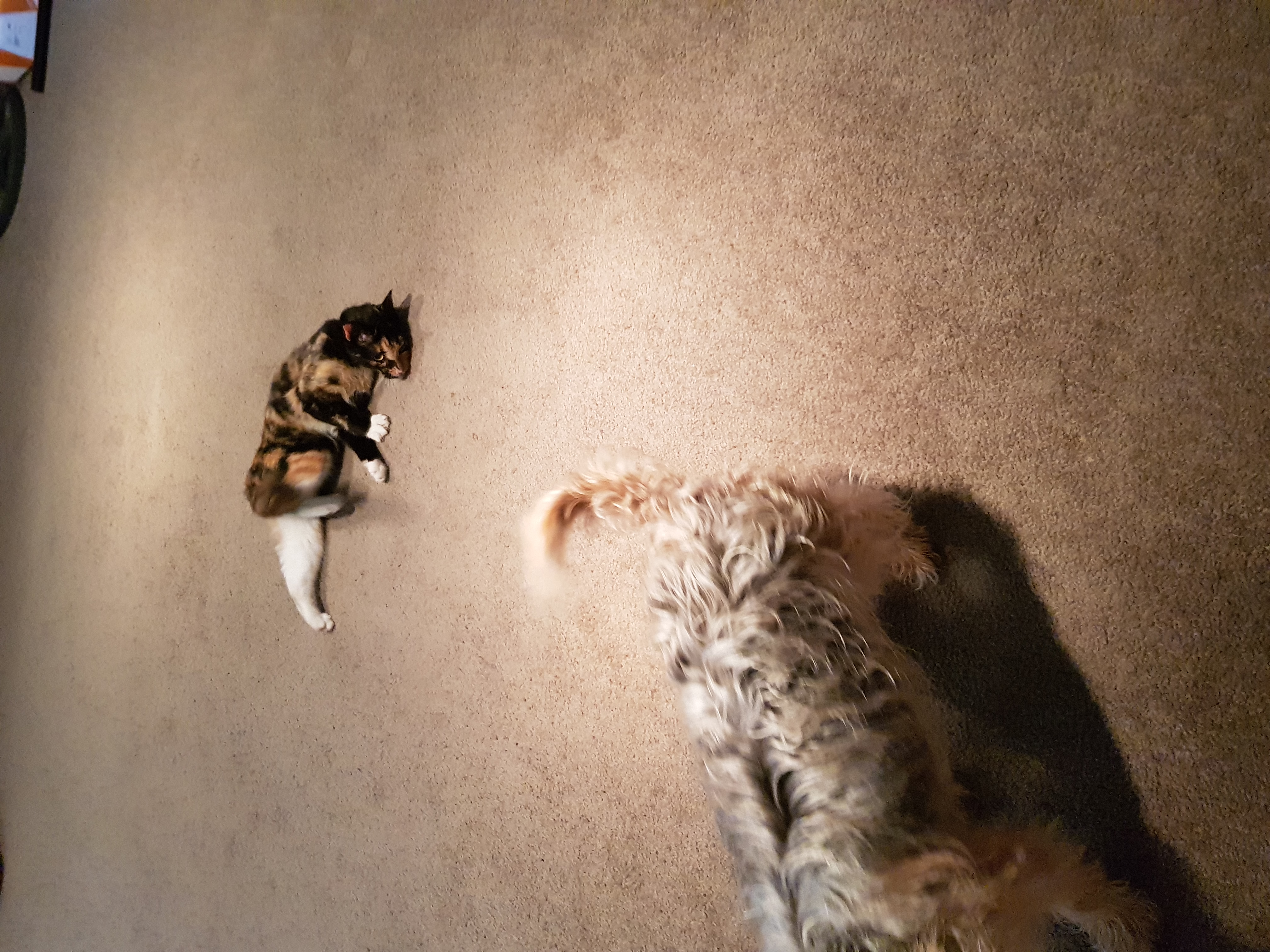 Thank you for your email. Yes, the boys are home with us now and are very happy. They are settling in, trying out their new bed together.

I'll send you pics soon. Beautiful day here, so once they are settled, they can enjoy their outdoor part too :)

Have a lovely day and a BIG THANK YOU to you both for everything you have done for the boys and all our kitty family :)

Will keep in touch.

Just a little update on how Fluffy is doing.

He showed no connection to us at all when we picked him up at QPS in Auckland which we were all a little sad about. However, it showed how well he had been taken care of there. His fur was nice and soft and he looked really healthy overall.

When we got home it took him some time to discover the new house. About two hours in he finally connected with us again. We were given so many cuddles and kisses! He drools when he's happy and he did a lot of that too. And so that made us happy too.

He's really keen to play outside now but we're desperately keeping him inside for as long as we can. Fortunately, he does not like cold weather and looks for sunny spots like in the photo.

Thank you all so much for the good care Fluffy has had. I will recommend you both to anyone who needs you.

Just wanted to thank you so much for the excellent care you gave to our pets during their stay with you! They all arrived safely on Monday and were quite happy to see us. They all looked like they had been at a spa- the dogs have never been that soft! Hugo has settled in with his new cat tower and except for a persistent sneeze, he seems to be adjusting just fine. I don’t know if he is allergic to something or if he is just getting used to the presence of humidity (New Mexico’s was 11% most of the time). The dogs are psyched to have all this grass and no cacti poking them! Thanks again for everything- we will definitely recommend you to anyone in need of your service.

Thank you to Qualified Pet Services for looking after my cat Sookie while she was in quarantine after arriving in NZ from the UK. It is clear that the team care very deeply about the animals and their welfare. Sookie seemed to be very relaxed and happy each day that I visited. Also facilities were kept very clean. Would recommend and use again. Thank you!!

Being a sheltered indoor cat all her life I was very nervous as to how she would cope, but QPS emailed me as soon as she arrived reassuring me she was safe and well.

And again this morning with an update and pics. Awesome service! Highly recommend for your pet's quarantine needs!

Our dog, Thor, just came out of quarantine and we couldn't be happier with the service and facilities. They are clean and the staff are all friendly and welcoming. They kept me up to date from start to finnish including collecting the dog from the airport at 2am. They will love your pet as much as you do. I would definitely recommend them! Thank you for the wonderful service QPS.